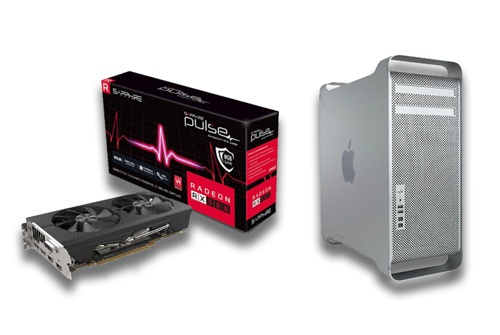 The Complete Guide To Your Mac Pro 5.1 GPU Upgrade and More

(This is Version 1 of this guide. To update your Mac Pro 5.1 to Mojave read here)

This guide is for people looking for answers to many questions and details as to how to go about upgrading their Mac Pro’s GPU. This guide would not cover any extensive technical details, as I don’t want anyone to get confused, I have tried to keep it as simple as I could.

Before you proceed here are few questions, which would be answered here.

1. WHICH GPU AND WHY

There are many options in the market to choose from, however those all are either not for a mac or not well suited to run on a mac pro 5.1 . The GPU we need to run without any complication and issue is the “SAPPHIRE PULSE RADEON RX580 8GB”. There are other manufacturers making Radeon RX580 GPU i.e. MSI ASUS Gigabyte so on, however these cards do work but there are issues reported by various users. In our case the above-mentioned GPU is the only GPU that just works OOTB (Out Of The Box) no drivers needed!!!

The only issue or you may say the only feature which is missing out is that you wont get to see the boot screen (where you see the apple logo at startup), That is because its a non efi flashed card which means it is supported by apple but its firmware is not what apple has flashed for its official use. (Note: The GPU Specs will show supported OS as windows, but not to worry it works with mac).

The Sapphire Pulse Radeon Rx580 comes in two versions, the 4gb and the 8gb, so why 8gb? There is not much difference as far as the tech goes, both are good, both perform well. The only difference is just cosmetic that is, you wont get to see the proper model no. being displayed in the “About” of mac or the system report, instead of the model number you would see R9xxxxx4096mb.

NO BOOT SCREEN, NO BOOT MENU:

So there is no boot screen, there isn’t any boot menu either, you must be thinking how do you get to boot into the bootcamp partition or run the recovery, for the recovery part you need to install your original GPU supplied with you mac, for bootcamp, it is covered later in this PDF.

This upgrade requires certain updates to happen before you get your mac-running super fine, That is the OS required which would be HIGH SIERRA 10.13.4 (currently latest as on April 2018). The Mac Pro which we are mentioning here is the “Mac Pro 5.1 Mid 2012” however it may be compatible with other models as well, I have found few users having trouble with the GPU fans running hot or it’s unstable or there are GPU artifacts. I would recommend the above specifications to be followed for a happy time.

As mentioned earlier we need the “SAPPHIRE PULSE RADEON RX580 8GB” GPU for the upgrade, however finding this GPU is a little challenge, as it’s not readily available or it’s too expensive due to miners. Amazon has few over their website.

The power cable is the biggest challenge I faced, to power up the GPU we need a special type of power cable, which is not EASILY available in the local market or over the Internet. I would like to thank members of macrumors to supply me with this information as to where it’s available. The cable is a “Dual Mini PCI 6pin to 8pin Standard” cable, unlike the regular cable, which came with your older GPU the ATI 5770, that had the mini 6pin to 6pin connection. The Sapphire draws more power like the modern GPU’s so we need to supply adequate power to keep it running nice and sweet.

The uninstall and the install procedures are simple; make sure your mac is shut-down and all the power cables providing power to the Mac Pro 5.1 are disconnected. For Uninstalling your old GPU all you need to do is to open your Mac Pro, then carefully pull out the power cable from the logic board and from your GPU, then unscrew the panel securing the GPU and your other PCI cards if any, now unlock the locking mechanism pull out the GPU.

For Installing it’s the same, you push in your Pulse Radeon RX580 in the same slot (recommended) from where your older card came out, now secure the GPU with screwing the panel and then locking the locking mechanism, now that your card is secure in its position, it’s time to connect the “Dual Mini PCI 6pin to 8pin Standard” As you can see there are two power output ports on your logic board connect the dual mini 6pin to each of those and then connect the standard 8pin to your GPU. TA DAAA. You are done with the installation. Don’t forget to close your mac pro.

Now that all is in place, its time to power up you Mac Pro, As soon as the mac powers up you will hear the mac chime but there wont be any boot screen or apple logo to stare at, be patience it will take little time before it would show you the login screen. As the GPU driver’s loads up you will be able to see the login screen. Damn!!! That’s it. You have upgraded your Mac Pro’s GPU. Enjoy!!!

There are no issues or problems I have faced since the upgrade nor I have seen any user with such issues with this GPU, as Apple natively supports it.

The big question for most of us: The Question: Will the bootcamp run? The Answer: YES IT WILL.

Few users have reported that the GPU performance would not be as good as in mac due to some PCI slot limitations, I am not sure if that’s true or not.

It has been more than a year now, the Mac Pro 5,1 is running without any issues all major software’s are running perfectly flawless.

These are softwares which i have tested i am sure other ‘s will work flawlessly too.

As the ATI Radeon is open cl and open gl supported card it does not have support for the Cuda asthat is Nvidia’s thing. The above-mentioned issue is no more, and the GPU is supported by Adobe. Check out the link below.

The video card has multiple output options, however at a time out of the box this GPU can only run a max of two displays, if you wish to run a third monitor or more you would need to buy a ACTIVE Converter or Cable. Such as (Display port to HDMI or Display Port to DVi etc.) this will depend on your display monitor inputs.

Hope you were able to understand and i am sure you would be confident by now to go for a Mac Pro 5.1 GPU Upgrade. 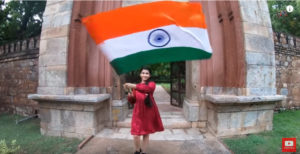 Patriotism and the love for our motherland. 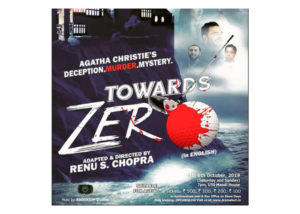 Towards Zero is a detective fiction novel by Agatha Christie. It’s been a fantastic experience working on the sound design and BGM for Dramatech Theatre.

Get updates, offers and learn from the best